The “MSP” : An opportunity for peace in Western Sahara
By Hach Ahmed, First Secretary of the Movement 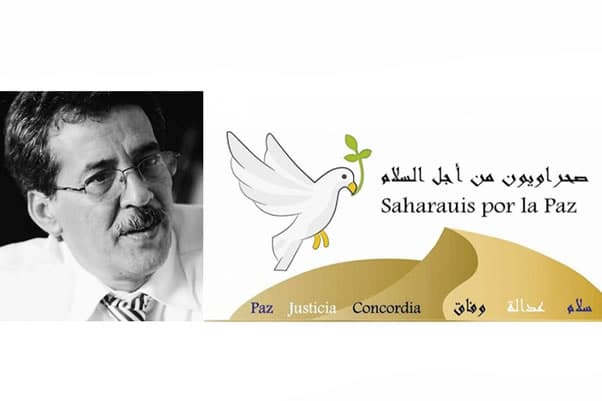 In April 2020, the creation of a new political organization under the name of the “Saharawi Movement for Peace” (MSP) was announced, which emerged from the decaying Polisario Front. Most of the first hundred people who signed the founding manifesto are senior officials, who for decades carried out various political, diplomatic and military functions in the old political-military movement that led, in mid-1975, the anti-colonial struggle in the North African territory, known until then as Spanish Sahara.

Although an immense majority of the Sahrawis were carrying out the same demands raised by the Polisario against the Spanish colonial presence, in this international context, marked by the cold war, the immaturity of the young leaders of the movement , haunted by the revolutionary and leftist ideas, very in vogue at that time, made them despise any principle of measure or prudence, falling into the arms of the local allies of the Soviet camp, specifically the Libyan leader Muammar Gaddafi, in a first stage and later on, Algeria.

In Latin America, the cause of the Polisario became very in vogue, especially in the progressive political class. This coincided with the fall of several dictatorships and the growing role of the Non-Aligned Movement, whose main actors in the region, Cuba and Panama, under the leadership of Omar Torrijos, served as benefactors of the North African leaders’ revolutionary project. Then with the sudden decline of “Chavism” and the progressive tide that it generated in the continent, the Saharawi issue has been losing its shine, except in some marginal sectors of the Latin American radical left.

The Polisario’s commitment to the losing side of the Cold War has been and continues to be the main cause of its decline. Polisario tried to impose its revolutionary regime in an area of influence and of extreme sensitivity for NATO. Facing this, Morocco used historical and legal arguments, more or less debatable, but counted on the support of powerful Western allies. The result is what we see today: most of the territory and its resources are under Moroccan control, while the Polisario barely survives, in a vegetative state, in a desert strip without water. Once Libya’s support was lost and Algeria’s diminished, the Polisario Front has been forced to accept, from a position of weakness and without strong alliances, a peace process under the auspices of the UN that, thirty years later, is favoring the other party.

The Polisario made a huge strategic mistake: the unfortunate and foolish bet on the losers of the Cold War in North Africa. As if that was not enough, the inability to adapt and renew, the arrogance in the face of critical voices calling for greater internal democracy, plus the revelation of atrocious crimes committed by some leaders during the first years of the war, ended up making a dent in the remaining credibility.
At that juncture, the “Sahrawi Movement for Peace” emerged on April 22nd 2020, becoming the first genuine, independent and democratic political force within the Sahrawi society. Its founding Congress was held in the midst of the pandemic, during the first week of October 2020, with the participation of 170 delegates representing the militants, affiliated by hundreds in those first six months. The presence of the former President of the Spanish Government, José Luis Rodríguez Zapatero, as the guest of honor, gave the event an international dimension and at the same time provided strong moral and political support for the new Movement.

After a process of exhaustive reflection and reassessment, the Movement has proposed to open a new path, opposed to the armed path and in favor of a compromise solution, from the conviction that, that path is the only viable option towards a solution. Along with the loss of human lives and the dismemberment of families, a large Saharawi population still suffers from exile, poverty and living in extreme conditions in the Tindouf desert.
The MSP has therefore emerged to respond to an inevitable historical appointment, to an inescapable need, exacerbated by the pain, the lack of hope and the uncertainty that prevail among our people, due to the never-ending conflict and the paralysis of the UN peace process. The dialogue that began in Geneva at the end of 2018 remains suspended after the resignation, two years ago for mysterious reasons, of the last special envoy of the United Nations, former German President Horst Koeler. Efforts to appoint a new emissary have so far failed due to a lack of agreement between the parties. There are already several mediators who have been objected, the last of them collided with the refusal of Algeria and the Polisario to endorse his candidacy: the former Portuguese foreign minister, Luis Amado.

Despite the presence of blue helmets in the territory, stability remains fragile, especially after the announcement of the breaking of the ceasefire by the Polisario last November, and the sporadic combats around the defensive wall where, recently, a high military commander perished after a Moroccan drone attack. It cannot be overlooked that the territory adjoins the Sahel area where various terrorist organizations operate. The long and complex conflict in Libya has had a direct impact on the entire area due to the facilitation of access to weapons, vehicles and military equipment of all kinds.
The Sahrawis are realizing that they cannot continue their whole life confined to the role of “supporting actors”, a kind of comparsa or “extras” on the set of an eternal clash between rival regional powers, as happened to the ” Mujahideen Khalg ”between Iran and Iraq or the Kurdish factions between Syria and Turkey. Faced with this reality, the MSP has proposed to take a step forward and from a different, moderate and rational approach, to go into “unexplored” areas to find the compromise solution, the agreement in which there are no losers, nor winners. Well, the priority is to save our people and put an end to their endless journey to nowhere.

From common sense and far from populist slogans and utopian projects, the militants and leaders of the new Movement have decided to put our feet on the ground and start this journey in search of formulas to promote understanding and coexistence with the Kingdom of Morocco, from the conviction that there is no other alternative, without implying the renunciation of fundamental rights and demands of the Sahrawis. We consider that the Moroccan proposal regarding autonomy, with due guarantees, may constitute a starting point and not the last stop, of the transition towards a necessary and unpostponable model of coexistence between Sahrawis and Moroccans. In the MSP, we also have the right to dream and to proclaim the “we can” to find the honorable way out that will put an end to the ordeal of our people and provide them with a future of peace, dignity and well-being different from war and exile.

1 thought on “The “MSP” : An opportunity for peace in Western Sahara
By Hach Ahmed, First Secretary of the Movement”

previousHach Ahmed Baricalla: “The Polisario’s declaration of war was a great mistake”
nextPolisario, the decline of an organisation frozen in time