The Movement of “Sahrawis for Peace”, writes to the UN Secretary-General 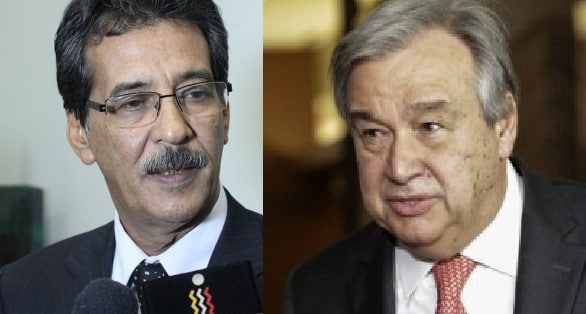 Press release:
The first secretary of the “Sahrawis for Peace” Movement, Hach Ahmed Barikela, addressed a letter to the United Nations Secretary-General Antonio Guterres, through which he informed him of the founding of the Movement on April 22, and explained the political context that gave birth to this new political force.

The MSP has expressed through this letter its willingness to join all actions aiming to reach a settlement of the Western Sahara conflict. “Our priority goal is to consolidate the efforts of the International Community, and exert a positive influence with a view to reach a peaceful solution of one of the oldest conflict on the agenda of the UN,” the letter states.
After explaining the circumstances in which the Movement has emerged, the letter affirmed that “it is absolutely necessary and urgent to break the deadlock and relaunch efforts to reach such a settlement.” The MSP declared their readiness to “push forward the process that may lead to the prompt and successful culmination of the efforts that both you and your Personal Envoy continue to make in favor of the solution,” which, adds the letter, ” must be political, just, lasting, and above all, provide a happy and dignified outcome to the suffering of our people.”

The letter ends by saying: “For this imperious and noble undertaking, the Movement of Saharawis for Peace wishes to express to you, Mr. Secretary General, its unwavering commitment to contribute to the success of your efforts, as our motto dictates. : “Peace, justice, concordance”.
Kindly share the content of this letters wit countries friends of Western Sahara, and other members of the United Nations Security Council. ”
Press Committee
May 12, 2020

previousThe MSP political leadership holds a meeting of evaluation, and the First Secretary declares that henceforth, legitimacies will be based on the ballot box.
nextPolisario extremely distraught by dissidents’ challenging moves