The Movement of Sahrawis for Peace (MSP) urges its members and supporters to avoid the climate of hatred generated by radical discourse. 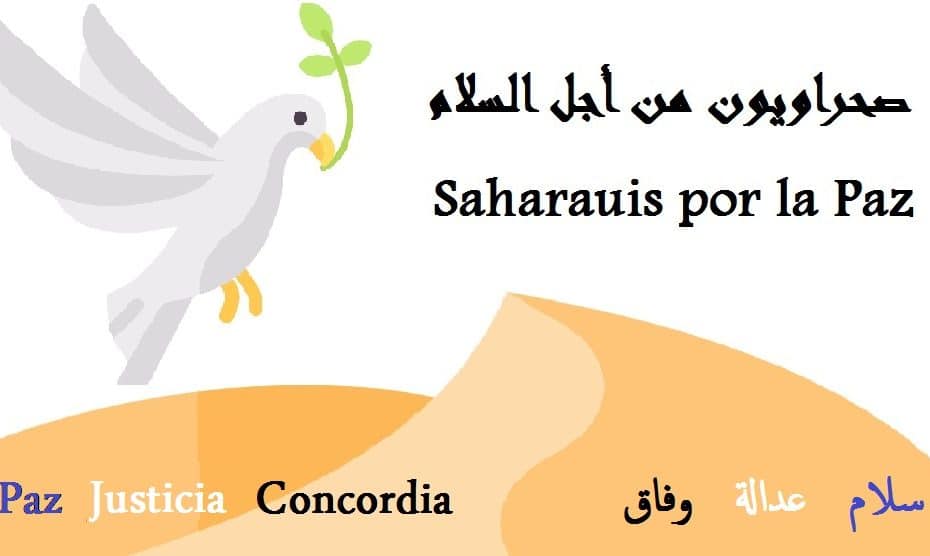 The Movement of Sahrawis for Peace (MSP) expresses its deeps concerns and discontents with the atmosphere of tension fueled by the Polisario political authorities since the emergence of the new political movement on April 22.

A tactless campaign of harassment and bedevilment has been launched in a radio and television address by Khatri Adduh, the political commissar of the Polisario, in which he attacked the new organization using fascist arguments and expressions. His tirade included charges of high “treason, collusion and conspiracy with the enemy”, and glaring threats, “we must point the finger at the traitors, denounce the alleged infiltrators, expel them, subject all opponents to public contempt and try them before the people’s courts,” Adduh said publicly. Both in this speech and in a political communiqué published on April 23, the head of the Polisario political bureau used a whole repertoire of instruments of “lynching” and intimidation which seem to have been extracted from the inflammatory speeches of Robespierre under the dictatorship of terror.

Last week, groups exalted by Khatri Adduh’s harangues, have insulted and defamed MSP members on social networks. They also manipulated and falsified content from the movement’s website and Facebook.

This climate of tension has also been transferred to the Sahrawi communities in Spain, as some MSP members have received harassing calls on WhatsApp, as well as insults and threats from fanatic elements who embrace a radical discourse that irrationally exploits the nationalist passion.

The Polisario leaders must understand that such a behavior is inacceptable towards the political adversary, that the limits of ethics and decency must never be surpassed, that the times of single-thought and one-party have been left behind, and that for the last century controversies in politics have been settled in a peaceful and respectful debate and in the ballot box, not in boxing circles, or confession sessions of the church or in the people’s courts. Intolerance, incitement to hatred and political repression against the political opponent or opponents should remain a sad memory of the past which, in our case, dates back to 1988. The leaders of the Polisario should recall these unfortunate events marked by repression of ideas, persecution and brutality, especially those who were victims in 1988.

While we call on the Polisario leadership to assume its responsibilities, the MPS urges all members not to get carried away by this climate of tension.

We also emphasize that should the campaign of verbal violence and incitement to hatred does not come to an end, the MPS will undertake all possible before the competent judicial and governmental authorities as well as the human rights organizations.

1 thought on “The Movement of Sahrawis for Peace (MSP) urges its members and supporters to avoid the climate of hatred generated by radical discourse.”

previousHach Ahmed: The movement responds to a historical need, because it introduces democracy into Saharawi society.
nextThe MSP political leadership holds a meeting of evaluation, and the First Secretary declares that henceforth, legitimacies will be based on the ballot box.